Seriously, when people tell you David Luiz is a nice guy, you better believe it.

For example, check out his latest Instagram post (below), which he uploaded on Wednesday afternoon. By all accounts, he’s got a fully-grown stalker… 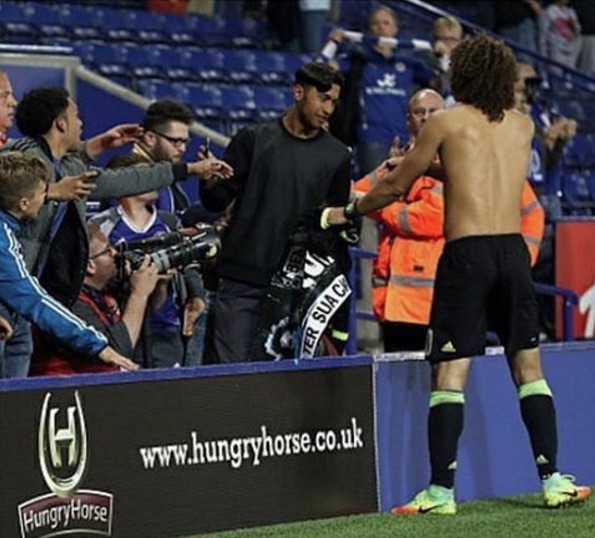 SEE MORE: (Video) Chelsea star goes out of his way to give young fan his shirt

Luiz accompanied the above photo with the following message:

‘Great comeback lads! But I really want to say thank you, for this little boy in the pic! First time I saw him, he was running from the stadium until my hotel to say hello to me 5 years ago, and many others times until my home!

‘He always was so respectful with me and many times he just want to say ” congrats for the game and good night “, so last week after the game against Liverpool I was totally in shock, when I arrived at the hotel,I saw one guy running screaming my name and telling me to wait, and when I saw the ex little boy , now so big ,making the same action just to say to me, “we support u and the team, good night David”!

Although his super fan sounds very innocent, most people would surely be a little bit freaked out by having someone follow them to their hotel and home.