Arsenal playmaker Mesut Ozil decided to have a bit of down time with friends in Soho on Friday morning, but he wasn’t a happy man upon returning to his car.

Fresh on the heels of Daniel Sturridge’s questionable parking on Thursday, Ozil’s skills were a lot better but unfortunately for the German international he left his motor on double yellow lines and was subsequently handed a ticket.

As seen in the photo below, courtesy of The Sun, his Mercedes G-Class SUV worth around £160,000 was decorated with a parking ticket on his return and he will now have the inconvenience of having to pay around £35.

The less said about Ozil’s attire the better, but sadly for him that wasn’t the worst thing about his Friday morning as he’ll hopefully be a little more careful about where he leaves his car in future.

Ozil will be hoping to put all the drama behind him when Arsenal take on Chelsea on Saturday, with the Gunners looking to go seven games unbeaten in all competitions as they continue to put the opening-weekend loss to Liverpool firmly behind them. 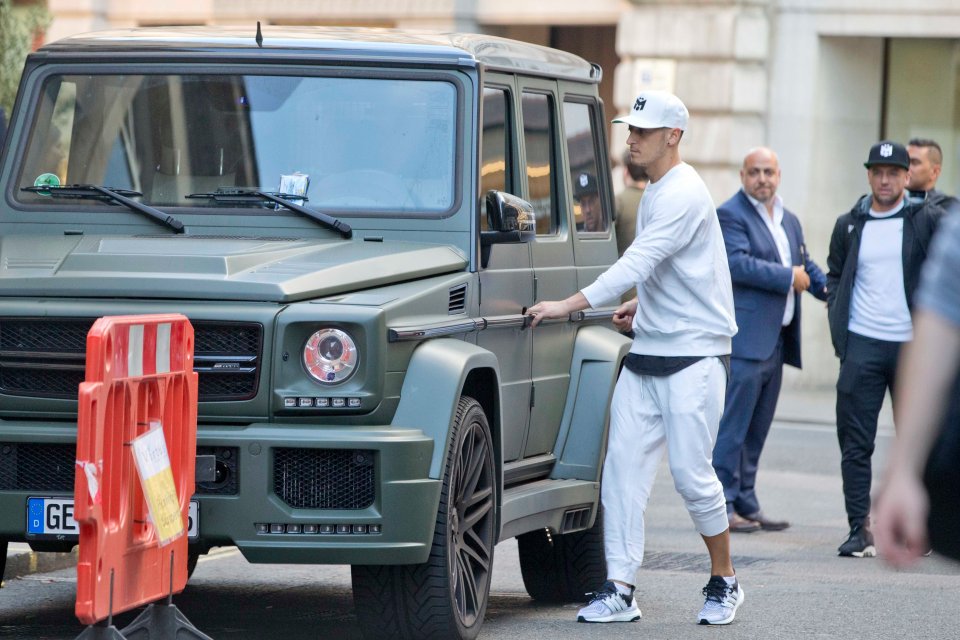