Manchester United star Wayne Rooney was dropped from Jose Mourinho’s starting line-up on Saturday, but it didn’t stop him from taking a trip to the boxing.

The 30-year-old has been heavily criticised in recent weeks due to his performances for both club and country, and after calls from certain pundits and supporters alike, Mourinho finally opted to make a change.

It resulted in a 4-1 win over reigning champions Leicester City at Old Trafford, with Rooney coming off the bench late on to make a cameo appearance.

While he would have undoubtedly been disappointed to drop out of the team, the England captain will be undoubtedly be fiercely determined to get his place back as soon as possible.

However, firstly he made time to cheer on Anthony Crolla on Saturday night with the Manchester-native defending his WBA lightweight title against Jorge Linares at the Manchester Arena.

Unfortunately for Crolla, he was unable to overcome the three-weight world champion and fell to a unanimous points defeat, with Rooney, his wife Coleen and United teammate Michael Carrick still appearing to enjoy the night of boxing as they sat ringside next to promoter Eddie Hearn.

With the boxing wrapped up, Rooney will now switch his focus back to football matters as he tries to force his way back into the United side sooner rather than later. 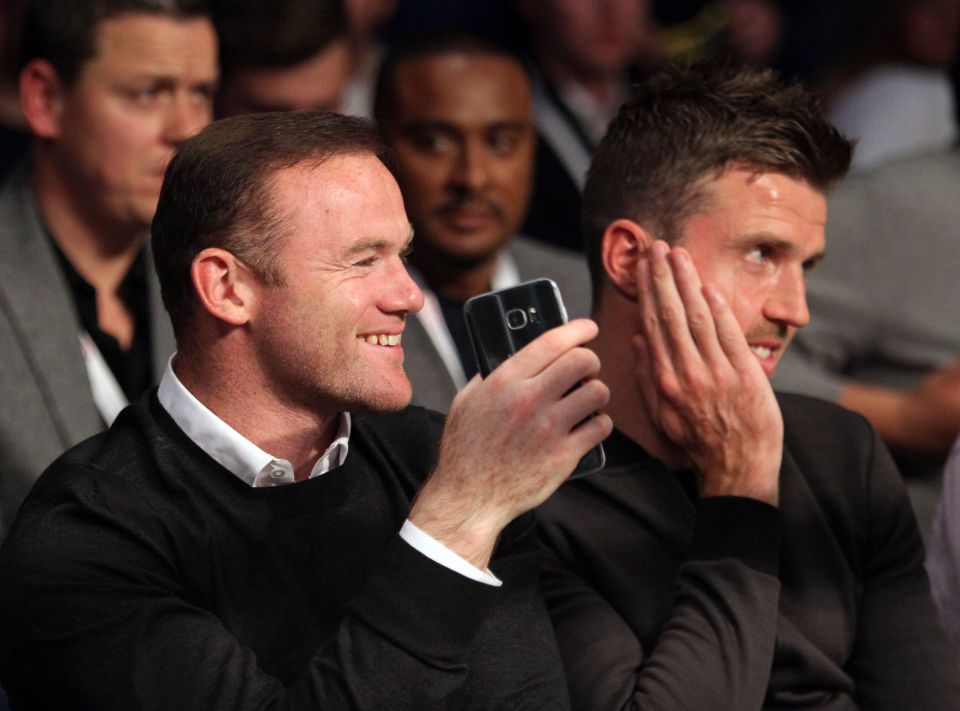