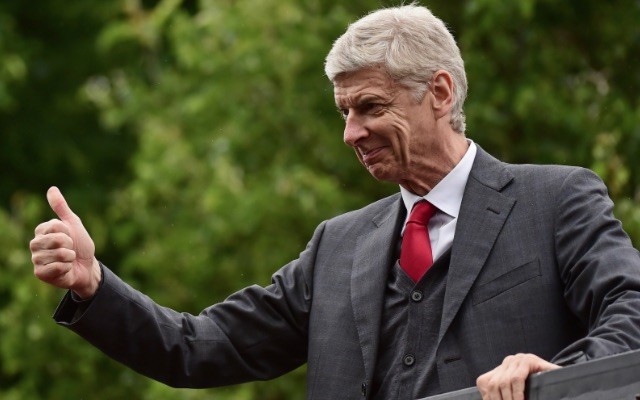 Arsene Wenger celebrated 20 years at Arsenal last week, and Sky Sports have opted to run a poll to see who people believe was the Frenchman’s best ever signing for the club.

Many world-class individuals have plied their trade for the Gunners in the last two decades, but none have had quite the impact that Thierry Henry had.

Unsurprisingly, the former French international is top of the list with over 30,000 votes and counting, as becoming the club’s all-time record goalscorer with 228 goals had a major impact on Arsenal.

In second place, and again not much of a surprise, is Patrick Vieira with 14,000 votes, with the commanding midfielder making 406 appearances for the club while he won three Premier League titles and four FA Cups in nine years in north London.

Rounding off the top three is a current star, with Alexis Sanchez receiving 8,000 votes despite having joined Arsenal just two years ago.

The Chilean forward hasn’t wasted any time making an impact though, and as shown against Chelsea at the weekend, he has all the quality required to go on and become a Gunners legend if he stays around long enough.

Robert Pires is fourth in the poll with the French winger undoubtedly one of the classiest players to ever play in the Premier League let alone Arsenal, scoring 84 goals in 284 appearances.

Joining them in the top five is Mesut Ozil with 7,000 votes, with the creative playmaker still standing as Arsenal’s club-record signing after joining from Real Madrid in 2013.

Sol Campbell comes in sixth after making a massive impact after his arrival from bitter rivals Tottenham on a free transfer, while another centre-half in Laurent Koscielny follows him up in seventh as he has firmly established himself as a regular since arriving in 2010.

Freddie Ljungberg is eighth after scoring goals galore from midfield in his nine years at the club, with Petr Cech and Cesc Fabregas completing the top 10, with the former coming in ahead of the Chelsea midfielder despite having not yet had the long-term influence on the team as the Spaniard did in his 303 appearances for the club.

The poll is still open as votes continue to be added, but it’s safe to say that Henry won’t be displaced in first spot as his impact continues to live long in the memory of Arsenal fans.