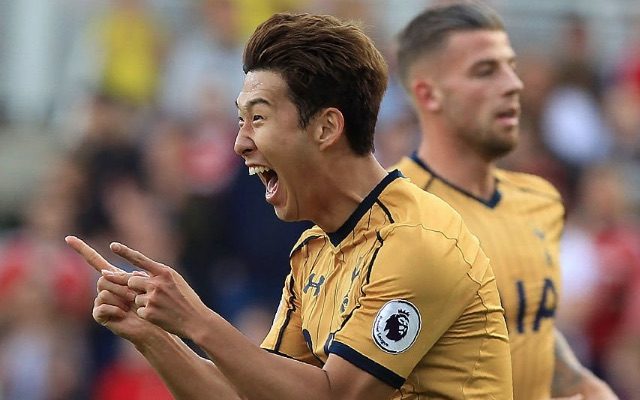 English football fans are nothing if not creative.

And two Tottenham Hotspur supporters have collaborated on Twitter to a create new Heung-Min Son song which could be set to rival summer classic Will Grigg’s on Fire.

The chant – which will hopefully be debuted at White Hart Lane when Manchester City come to North London on Sunday – is to the tune of 1992 Snap! pumper Rhythm is a Dancer.

The South Korean icon also scored his first Champions League goal for Spurs on Tuesday night as he secured a vital 1-0 win over CSKA Moscow in the Russian capital.

Next up for Spurs is a top-of-the-table Prem game against league-leaders Manchester City, who take their 100% to the Lane this weekend.

City will be wary of Spurs, however, having lost home and away to Mauricio Pochettino’s men last season.

Spurs beat City 4-1 in this fixture in September 2015 thanks to goals from Eric Dier, Toby Alderweireld, Harry Kane and Erik Lamela.