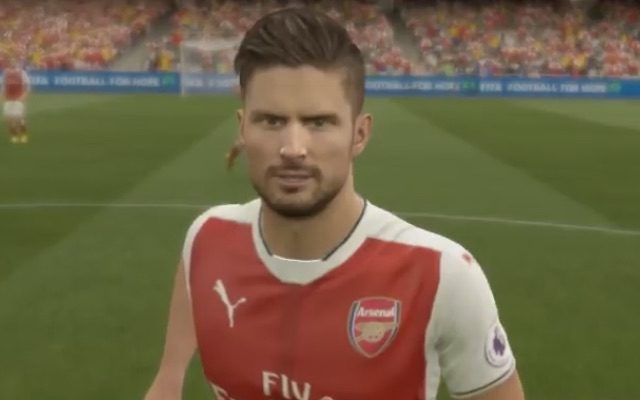 FIFA 17 is out NOW. If you’ve already played it, good for you. If not, you probably either don’t care or are desperate to get those thumbs working.

The one consistent improvement in FIFA games down the years has been the graphics. And once again, they’ve raised the bar, as the majority of these Arsenal player faces illustrate.

SEE MORE: (Image) This Arsenal screenshot proves FIFA 17 is the most realistic football game ever

However, Shkodran Mustafi and Theo Walcott look nothing like themselves.

In fact, Walcott has been really messed up, bless him.

At least Giroud is gorgeous as ever.