Friday’s Arsenal injury news was delivered by the man himself as Chuba Akpom took to Instagram to reveal that he would be “out for a while” with a back problem.

Akpom posted the below photo of himself getting stuck into some rehab in the gym.

In the caption, the 20-year-old vowed to come back stronger from his impending spell on the sidelines. 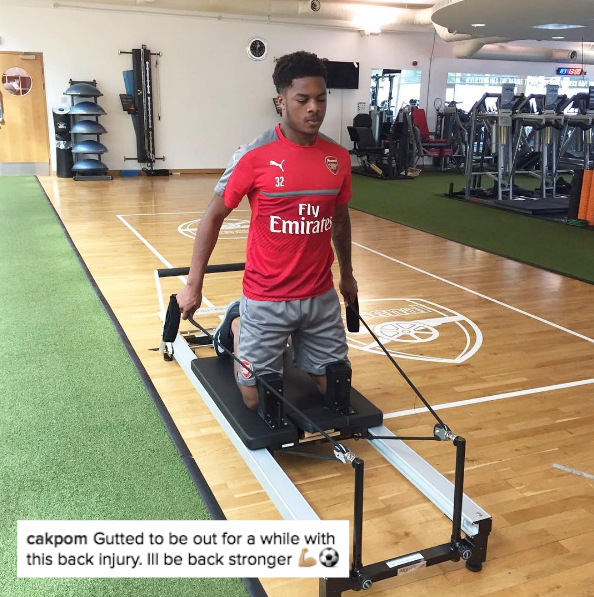 Akpom has been on the sidelines anyway recently. He has only played once for the first team so far this season – earlier this month when he was given an 83-minute runout in the Gunners’ 4-0 win over Nottingham Forest in the EFL Cup.

That was his 10th senior appearance for Arsenal.

Since making his Arsenal debut in 2013, Akpom has had loan spells at Brentford, Coventry, Nottingham Forest and Hull.