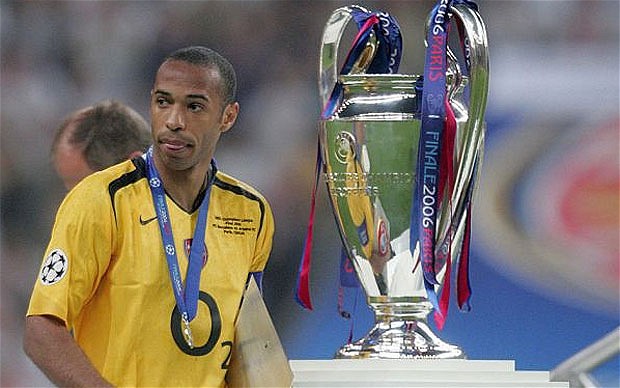 Arsenal extended their winning streak to five games following the 1-0 win over Burnley at Turf Moor on Sunday.

Former Arsenal star Thierry Henry was not however, impressed with the manner in which the Gunners won – in particular the winning goal.

Laurent Koscielny scored a last-gasp winner in the fourth minute of additional time but the replays showed that the ball did strike his arm before finding the back of the net.

Henry underlined that the only reason he scored was because he handled the ball and that he would not have complained had the referee disallowed the goal.

The Arsenal legend did however, state that he did not believe Koscielny intentionally handled the ball.

Henry was quoted by the Sun as saying: “If his hand wasn’t there the ball would have gone out.

“If he [the referee] gave a handball I would have understood.

“But I don’t think Koscielny meant to do that. That’s the main thing.”

The victory took the North London based outfit into third place in the Premier League table going into the international break. The Gunners are just one point behind second placed Tottenham and two behind leaders Manchester City.