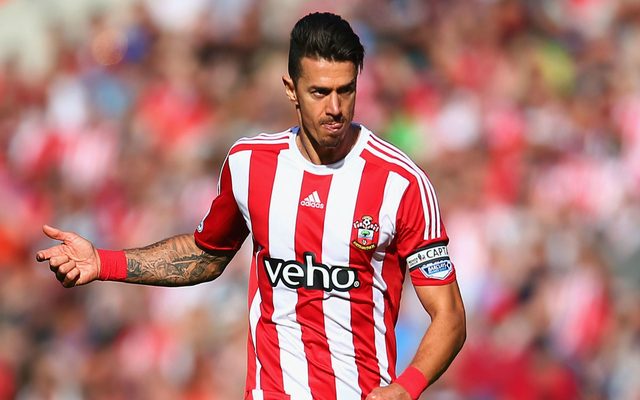 Manchester United boss Jose Mourinho is keen to sign the Portugal international centre-back  Jose Fonte, according to The Sun.

However, the report states that the Red Devils must first sell a player before launching a bid for Fonte. Per-the-source, Mourinho wanted to sign the Southampton defender over the summer but the two clubs were unable to strike a deal.

The Sun goes onto say that United want to offload the Argentina international Marcos Rojo, in order to raise funds for a £10 million bid for Fonte.

Fonte played a staring role in Portugal’s Euro 2016 success over the summer, and has appeared in all but one of Southampton’s six Premier League matches this season. The 32-year-old has just under two years remaining on his current deal with Southampton.

“There’s nothing on the table, so I’m waiting,” Fonte was quoted as saying by The Sun.

“There were some talks but there hasn’t been for a while. Like I said, I’m focusing on my job and we’ll see what happens in the future.

United take on Stoke City in the Premier League today knowing a win could take them up to 15 points.