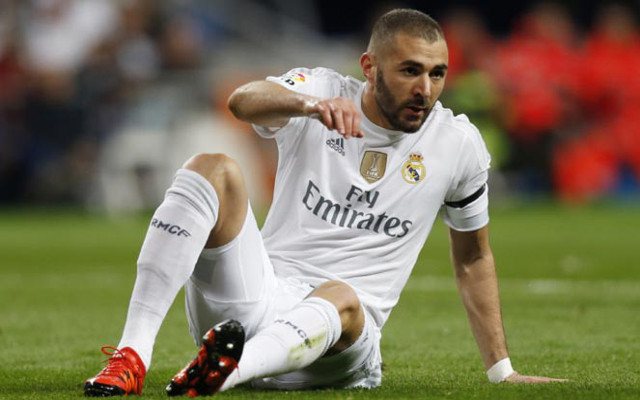 Karim Benzema could be on his way to the exit at Real Madrid. The French striker, who has been a favourite in the capital since his arrival in 2009, is experiencing some serious difficulties in the Spanish capital.

The striker has played poorly in recent weeks, missing chances as Real have struggled to draws against Villareal, Las Palmas and Borussia Dortmund.

Didier Deschamps then left Benzema out of his squad for France’s next World Cup qualifying games, claiming that it was for reasons of squad harmony after the allegations that surrounded Benzema. While this may be the case, Benzema’s poor club form will have made it much easier to drop him.

The real threat to Benzema’s stay in Madrid is Alvaro Morata. The youngster from the academy has returned as the prodigal son from Turin, and has shown much more to manager Zinedine Zidane in his limited appearances. In yesterday’s game against Eibar, the French manager took Benzema off at half time and replaced him with fan-favourite Morata.

Arsenal meanwhile have had an excellent start to the season, and with their central midfield strengthened and a reliable new centreback in Shkodran Mustafi, the Gunners are just a top striker away from being a Champions League contender.

They should take this moment of instability in Benzema’s career to make a big bid that Real Madrid would be inclined to accept as their player approaches his 29th birthday.