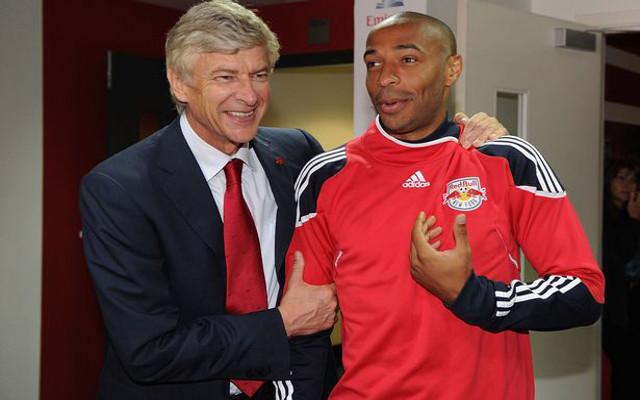 Chelsea star Eden Hazard has revealed that he is delighted to be working alongside his ‘hero’ Thierry Henry, according to the Chelsea’s official website.

The 25-year-old has been included in the Belgium national team squad for their games against Bosnia and Herzegovina on October 7 and Gibraltar on October 10.

The former Arsenal forward Henry has been appointed as assistant manager by Roberto Martinez. During an interview with Chelsea’s official website, Hazard revealed that Henry was his hero growing up.

“He has a Spanish philosophy which is good.

“He likes us to pass the ball and we want to win our qualifying group.

“It’s always good to have a legend like Thierry Henry on the staff.

“I watched him a lot as a kid and he’s one of my heroes so it’s great to have the chance to work with him.”

Hazard has been inconsistent for the Blues this season but impressed for Belgium when they defeated Cyprus 3-0 last month.

The Belgium international has one assist and two goals in nine appearances for Chelsea this season.

Chelsea returned to winning ways last weekend with a 1-0 win over the newly promoted Hull City. The Blues take on the reigning Premier League champions Leicester City in their next Premier League fixture on October 15.