Manchester United are interested in making a move for Benfica left-back Alex Grimaldo, according to the Daily Mail.

Grimaldo, a former Barcelona youth game, will have impressed the visiting scouts with his performance, which he topped off with a stunning free kick into the top corner.

The Mail also claims that scouts from Juventus, Valencia and Middlesbrough were present at the Estadio da Luz, although it’s not clear who they were watching.

However it is cross-town rivals Manchester City that United need to worry about. The Mail say that Pep Guardiola knows Grimaldo from his time at Barcelona, and sent his brother Pere to check on the youngsters development in Lisbon.

With Alex Kolarov and Gael Clichy both well into their 30s, its not surprising to hear that City are in the market for fresh legs at left-back, although they face still competition from free-spending United. 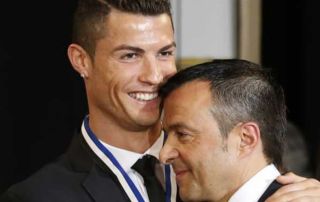