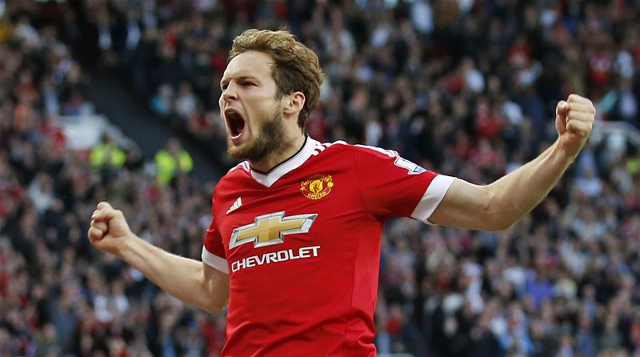 Manchester United star Daily Blind had revealed that he has already learnt a lot from the Red Devils’ manager Jose Mourinho, according to the Mirror.

The Portuguese tactician took charge of United over the summer in place of Louis van Gaal.

United made a strong start to the season with three wins in three games. However, Mourinho’s side were derailed by a derby defeat to rivals Man City and have gone onto win just two games since.

Per-the-source, Blind is happy to be play in numerous positions for United and has vented his frustrations at dropped points against Stoke City on Sunday.

“I feel good in the left-back position. I can adapt quickly between the two positions,” Blind was quoted as saying by the Mirror.

“I’m happy to go on with this and I’m doing OK. I just want to play and help the team.

“His [Mourinho’s] way of thinking about football is great and I have learnt a lot already. I think I am the kind of player who can adapt quickly and I think I am.

“I’m looking forward to the period after the international break,” he said. “That is why you want to play for Manchester United. I like that.”

Blind has made eight appearances in all competitions for Mourinho’s side this season.

United will look to return to winning ways when they host their bitter rivals Liverpool at Old Trafford on October 17.