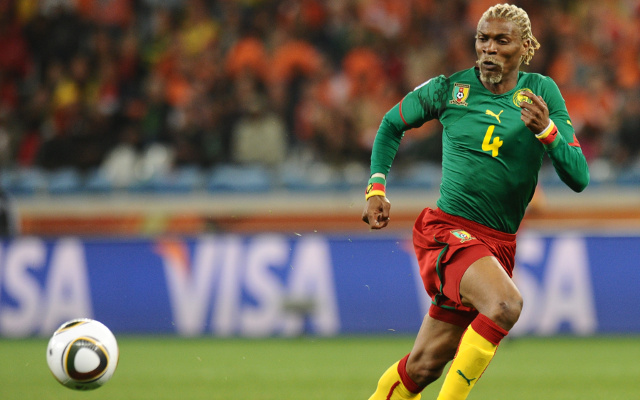 Liverpool sent a message of support to former player Rigobert Song following news that the ex Cameroon international had suffered a stroke.

The Guardian reported that Song was taken to hospital after cerebral aneurysm and that he is fighting for his life.

Song is currently head coach of Chad’s national team and previously played for Liverpool, West Ham and Galatasaray during his playing career.

Our thoughts are with Rigobert Song and his family at this time. pic.twitter.com/wIzoxrg8U3

The 40-year-old had more than 100 caps for Cameroon and is the uncle of former Arsenal midfielder Alex Song.