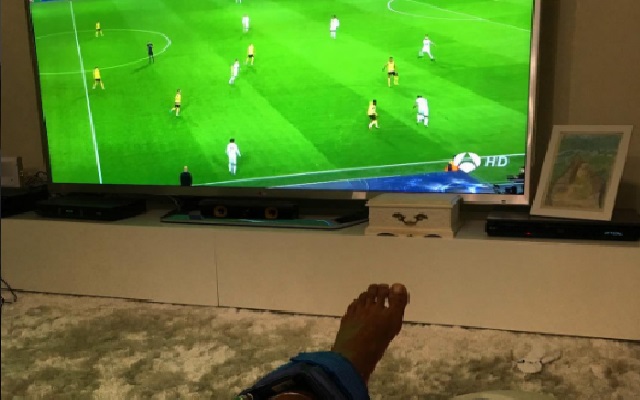 Real Madrid’s Casemiro has just posted a photo which shows him outdoing Chelsea captain John Terry in the wearing-kit-when-not-playing stakes.

The Brazilian was watching his side’s Champions League match against Borussia Dortmund, and his Instagram photo of his enormous TV shows that’s he’s wearing his number 14 shorts in front of tele. At least JT was actually in the stadium for the Champions League final.

Casemiro can only hope Real make it that far this year.