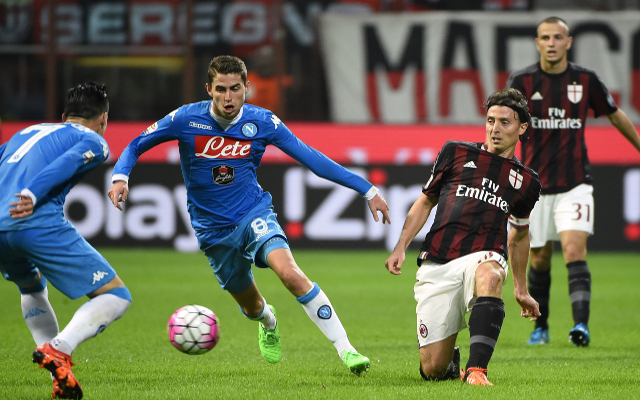 Antonio Conte’s Chelsea struggle on, celebrating a 2-0 win against Hull in a game that eventually comfortable but for long periods sterile. Conte’s new formation suited some players better than others, and it will take a while for many players if he perseveres.
One problem was the midfield two of Kante and Matic, given extra emphasis in the passing game by the presence of an extra centre-back behind them. Both are technically competent but neither of these two is a dangerous passer.
It brought to mind Napoli’s Jorginho, who plays with all of Matic’s intensity and most of his phsyicality, with far more quality passing the ball. The Brazilian international is immaculate on the ball, knitting his team together and releasing Dries Mertens and Arkadiusz Milik on the break with accurate through balls.
It would likely cost Chelsea a fortune to bring him to the Bridge, but they have been linked with a January spending spree, and he would be worth every penny to Antonio Conte’s system.
More Stories Jorginho