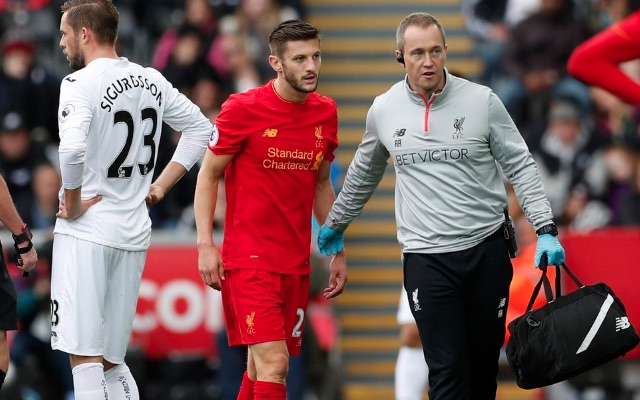 Adam Lallana has been in fine form for Liverpool this season scoring three goals and providing three assists in seven Premier League appearances.

The England international kick started his goal scoring at Liverpool on this very day back in 2014 and the Reds social media team decided to celebrate the first time he found the back of the net by sharing his striker against West Brom on the official club twitter account.

Adam Lallana's been in fine goalscoring form recently and #onthisday in 2014 he opened his #LFC account! ???https://t.co/T4Gk10jxjx

Lallana is however, currently injured and has been ruled out of the England national team squad ahead of the international break.