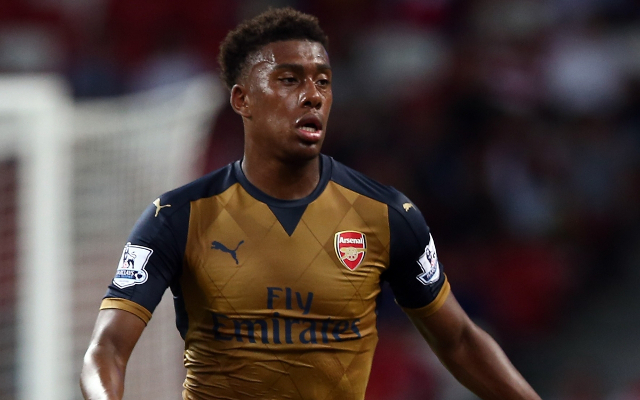 Arsenal youngster Alex Iwobi is set to receive a bumper contract just six months after signing a new deal according to the Mirror.

Per the source, Iwobi signed a deal with the Gunners worth £25,000 per-week in April but is expected to receive an extension which would be a strong sign that Arsene Wenger sees the 20-year-old as being a first team player.

The young forward currently has another five-years left on his current deal with the Gunners.

Iwobi has three assists in five appearances for the North London based outfit in all competitions this season.

The Nigerian international has already has six senior caps for his country.

Iwobi has been one of the recent success stories of the Arsenal academy having risen through the youth ranks to the senior side under the stewardship of Arsene Wenger.

The Gunners are also reported to be keen on renewing deals for Hector Bellerin, Alexis Sanchez and Mesut Ozil.