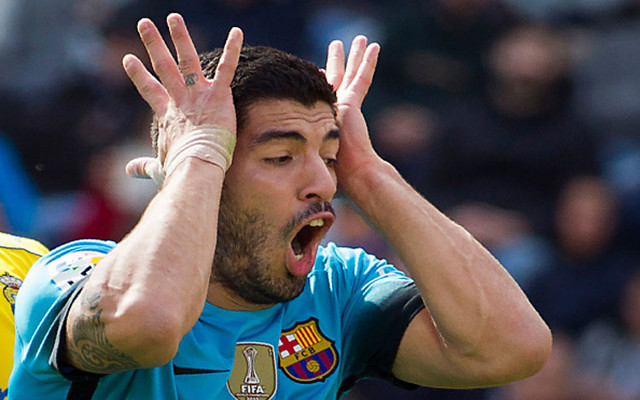 Barcelona forward Luis Suarez is reportedly set to sign a new one-year extension on his contract which will give him a £100,000-a-week bump up in salary.

The Uruguayan international has enjoyed his time with the La Liga champions thus far, scoring 61 goals and providing 38 assists in just 69 league outings since his move in 2014 from Liverpool.

Having played an instrumental role in their domestic success last season, Sport claim that the Catalan giants are ready to reward him with a new contract.

According to the report, Suarez’s current deal runs until 2019 and earns him around £170,000-a-week, but the new contract will extend his time with Barca until 2020 and will see him secure a stunning raise to £272,000-a-week instead.

Sport add that it’s the same wage as Brazilian star Neymar, although the pair still trail the club’s biggest earner Lionel Messi by some distance who reportedly earns £360,000-a-week.

Naturally with the figures involved, Barca will demand that the minimum expectation is that they compete for trophies every year and their recent form will have to improve if they wish to successfully defend their league crown.

Luis Enrique’s side sit in fourth place after seven games, albeit just two points adrift of league leaders Atletico Madrid, but with two defeats already this season they will be eager to avoid any more slip-ups any time soon.

Suarez will be key in that bid with his overall threat in the final third, and if he does put pen-to-paper on the new deal, then the pressure will certainly increase on him to continue to fire Barca towards further silverware.