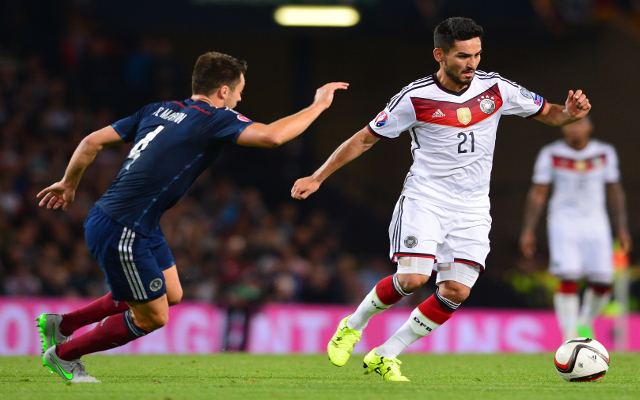 Man City midfielder Ilkay Gundogan has criticised Manchester United for the treatment of his former teammate Bastian Schweinsteiger, according to the German outlet Bild (via Express).

Schweinsteiger made the move to Man United last summer during Louis van Gaal’s spell in charge. However, the experienced manager was replaced by Jose Mourinho after the Red Devils failed to finish in the top four.

The Portuguese tactician subsequently dropped Schweinsteiger from his squad. The report goes onto state that Schweinsteiger has been made to train alongside the club’s youth players.

Gundogan – who played alongside Schweinsteiger for the Germany national team – stated that the midfielder deserves to be treated with more respect.

“I believe that Manchester United could 100 percent benefit from a fit Bastian Schweinsteiger,” Gundogan told the German newspaper Sport Bild.

“If everything you hear and read is true, you can consider it disrespectful.

Schweinsteiger has two-years left on his contract with United and will prove to be an expensive reserve player if the club cannot move him on.

Meanwhile, Gundogan recently made his debut for Pep Guardiola’s side following a long spell on the sidelines due to injury.

The 25-year-old played the full 90 minutes during City’s 3-3 draw with Celtic in the UEFA Champions League last week.

Manchester United take on their biter rivals Liverpool in their next Premier League fixture on October 17.