England continued their preparations ahead of World Cup qualifiers against Malta and Slovenia over the next week, with Gareth Southgate focusing his men on strength and conditioning on Wednesday.

Southgate takes charge of his first game on Saturday when Malta visit Wembley, and he will be desperate to see his players produce a reaction after recent controversy involving former boss Sam Allardyce.

Following their disappointment at Euro 2016, things haven’t got particularly well for the Three Lions, as they looked far from convincing against Slovakia before Allardyce left his position following an undercover sting from The Telegraph.

However, the players all looked focused on the task in hand during training on Wednesday, especially Walcott who as seen in the image below was busy hitting the weights as he continues to bulk up.

The 27-year-old has been in good form this season having now scored five goals and provided two assists in eight games, and he’ll be hoping that he gets a chance to impress from the start by Southgate this weekend.

Consistency has been a big problem for the Arsenal man over the years, but he’ll be hoping to extend his current purple patch for as long as possible. 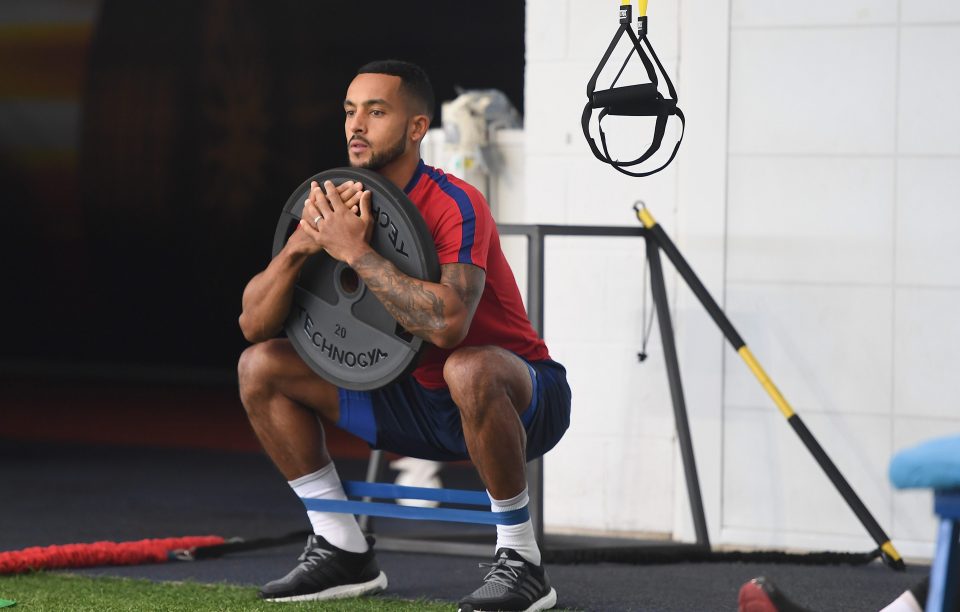