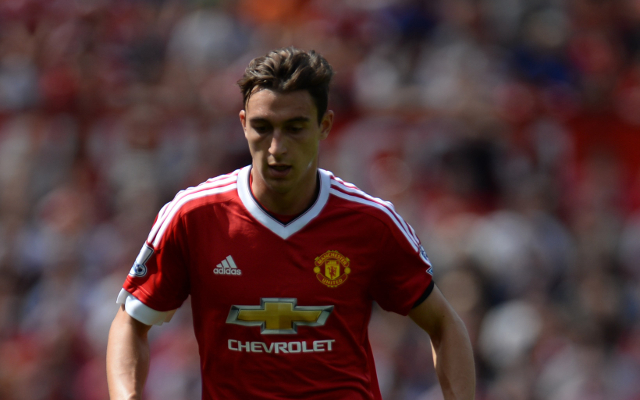 Matteo Darmian’s agent has cast doubt over his client’s long-term Manchester United future and has hinted at a January transfer window exit.

The Italian international joined the Red Devils last year and made 39 appearances in all competitions under former boss Louis van Gaal, despite struggling with injury setbacks along the way.

In contrast, he’s been limited to just one outing so far this season under Jose Mourinho which came in the Europa League, and naturally, the lack of playing time has resulted in question marks being raised over his future at Old Trafford.

With the likes of Antonio Valencia, Luke Shaw and Daley Blind being preferred in the full-back positions by the Portuguese tactician, it has led to Darmian seemingly considering his options in order to avoid being a peripheral figure in Mourinho’s plans moving forward.

“We’ve got to see what United want to do. Italian clubs have tried to sign him, but United closed the door immediately.” his agent Fausto Pari told Italian radio station Radio CRC, as reported by The Sun.

“He’s playing little or nothing and it’s a shame because he’s an Italy international. If the situation doesn’t change by January, we’ll have to think of something. He risks also losing his place in the national team.”

Given his form for Torino prior to his move to Manchester coupled with his level of consistency for the Italian national team in recent times, it will come as a major disappointment for many to see his United career come under threat already.

Darmian has been included in Giampiero Ventura’s Azzurri squad for upcoming World Cup qualifiers against Spain and Macedonia, but a lack of playing time at club level in the months ahead will undoubtedly see him at risk of missing out moving forward.