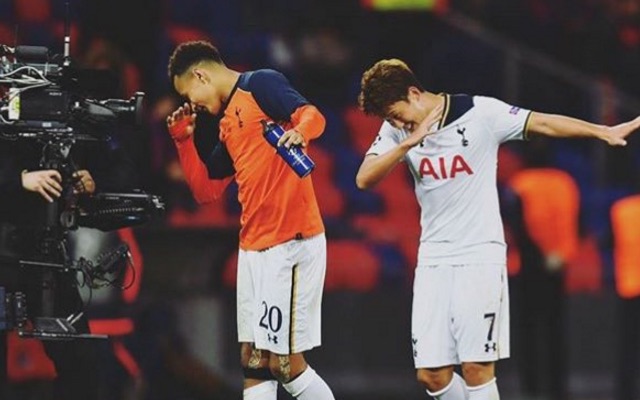 Son Heung-min admits he is not cheeky enough for a cheeky Nandos.

According to the Tottenham Hotspur star, English food is the only aspect of living in London he doesn’t like but describes it as the best city in the world.

Son spoke to the Asian Football Confederation during the current international break about life in England, his time at White Heart Lane and what he disliked about the country.

Hey Son, if you had a choice, would it be in or out? #Brexit

Moreover, the forward has been in superb form for Tottenham this season after being convinced to remain at the club following a lack of game time last season.

After joining Spurs from Bayer Leverkusen last summer, Son has previously stated his desire to return to Germany, as per the the Daily Express, which, is something fans of the London club won’t want to hear given recent performances.

Thus far this season Son has popped up with five goals and two assists in just six appearances – form that saw the 24-year-old nominated for September’s Player of the Month award.

The South Korea international said he believes that London suits him and his family more than Leverkusen did, apart from one key aspect being food.

He said: “I think London is the best city in the world. Leverkusen is a small city, and they have Bayer, one big factory.

“I think for my family, and for my life, it’s better, London. And also football, I am very comfortable to stay there, in London. Just the food is a bit difficult…”

Tottenham currently sit second in the Premier League after beating table toppers Manchester City in the most recent outing. Their next fixture, against West Brom, takes place on October 15.