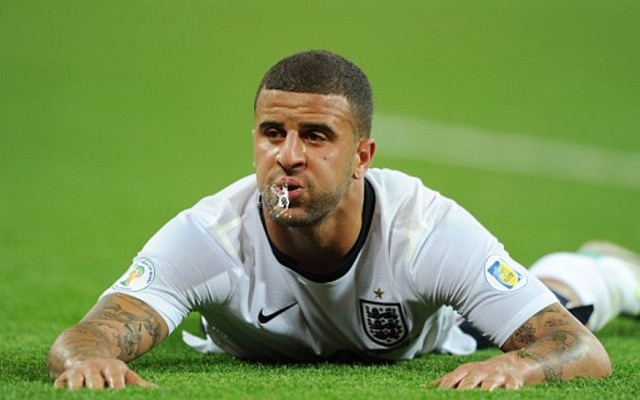 Walker, who was part of the England squad at Euro 2016, admits Roy Hodgson had no Plan B when things were going wrong.

England were eliminated from Euro 2016 at the last-16 stage in humiliating fashion as they were beaten 2-1 by underdogs Iceland.

The Three Lions have since opened their World Cup 2018 qualifying campaign with a 1-0 win in Slovakia under Sam Allardyce, who then found his job untenable after being secretly filmed making controversial remarks by undercover reporters at the Daily Telegraph.

Gareth Southgate has subsequently taken over as interim boss, with his first encounter in charge coming on Saturday against Malta.

Speaking to the press ahead of England’s second Group F fixture, Walker elaborated on why England didn’t achieve more at Euro 2016, as per The Sun: “I just think we don’t need to play into their game.

“I thought probably in the summer, that’s what we did and we didn’t really have a different plan.

“It was ‘we are going to play this way’, and if it didn’t work, then we didn’t really know what to do.

“But I feel for the Malta game we have different dimensions now. We have spoke about it in depth – that if something is not working, we need to go to this plan.”

Whoever gets the England job on a permanent basis has blocks to build. The squad after Euro 2016 is shot of confidence, and the scandal surrounding Allardyce brings added uncertainty. The players need to trust their manager, who should act as a shield and fend for them when backs are against the wall.

Southgate is still young and a lot more inexperienced than his predecessors but perhaps the England set up needs a fresh thinker.