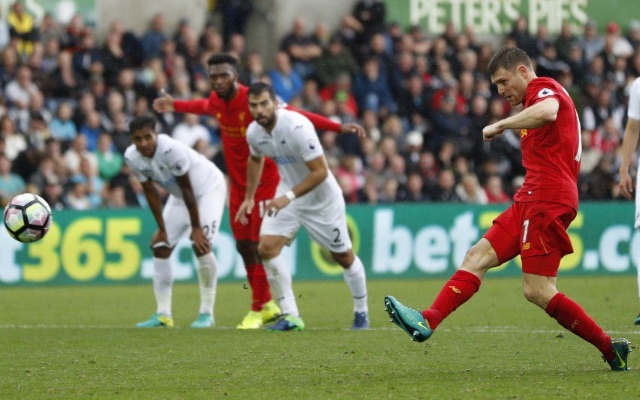 The answer to the question is an interesting one. It seems that most people today would say that there is no way they would trade the versatile and reliable Milner, currently successfully filling in at fullback for Liverpool, for the past-it, overweight and rundown Bastian Schweinsteiger who isn’t even allowed to train with the senior Manchester United team.

But 8 years ago the answer would have been the total opposite. Schweinsteiger had had his breakthrough international tournament in 2006 and was about to reach his peak in 2008.

But it was exactly this decision that the staff at Newcastle United thought they were making then. According to the Metro, Kevin Keegan was lead to believe that by selling James Milner to Aston Villa for £15m, he was going to free up enough cash to secure then Bayern Munich midfielder Schweinsteiger.

When they called Munich, however, they were quoted £50m as the price tag.