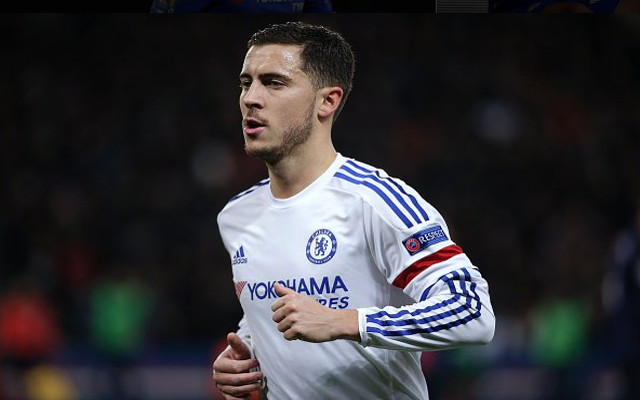 Chelsea winger Eden Hazard may be subject of a January bid from Serie A giants Juventus in a deal that could take Leonardo Bonucci to Stamford Bridge, according to Tuttomercatoweb.

The Italian website report that Massimiliano Allegri is keen to add Hazard to his squad in the winter transfer window, and it could hold the key to Bonucci’s reunion with former boss Antonio Conte.

The Blues’ interest in Bonucci is no secret, with The Telegraph recently reporting that club owner Roman Abramovich is willing to part with more than £60 million to secure the 29-year-old’s services.

Tuttomercatoweb claim that Chelsea will allow Hazard to leave the club next summer if they fail once more to qualify for the Champions League.

Juventus may attempt to force a transfer before then, with the prospect of signing Bonucci making it an attractive option for Conte as he attempts to fix his faltering defence.

The Chelsea boss experimented with a 3-4-3 formation in his side’s 2-0 victory over Hull and, if he plans to play with a back three on a long-term basis, Bonucci could well be the perfect fit.