Former Manchester United full-back Denis Irwin has been dug out by Instagram trolls over his appearance at a function in Los Angeles. 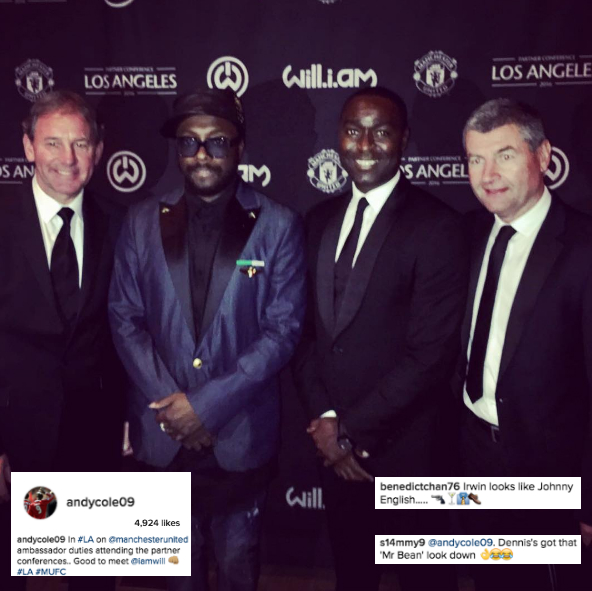 All four men were dressed up in smart suits, but multiple commenters pointed out that Irwin, rather than looking suave, resembled comedy actor Rowan Atkinson in character.

To be fair, the trolls have nailed it. Irwin does look very much like Atkinson here.

But is he more of a Mr Bean or a Johnny English?