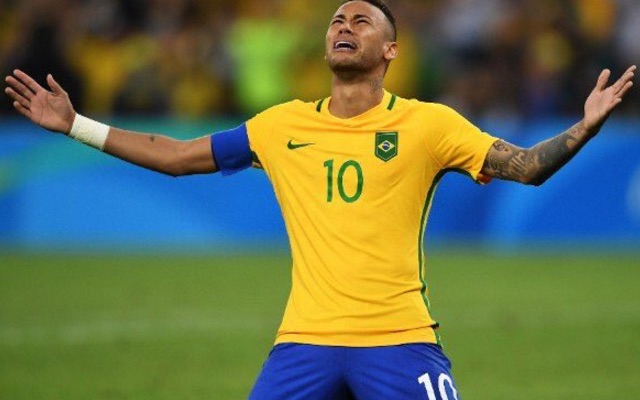 Barcelona star Neymar has the world at his feet and probably feels untouchable at times but not on Thursday when Brazil beat Bolivia 5-0 in a World Cup qualification match.

Neymar did, however, put in a superb display scoring the opener on 11 minutes and securing no less than two assists as Brazil ran riot.

But Neymar’s game came to an end late in the second after when Yasman Duk of Bolivia elbowed the Barcelona star into the face resulting in plenty of blood.

The Brazilian attacker attempts to nutmeg Duk but, strictly speaking, it was a bloody disaster.

Neymar was not the happiest man on the planet when the referee failed to signal for a foul. When blood poured from his face it became apparent that the 24-year-old was unable to continue, and was therefore replaced by Chelsea winger Willian.

On a brighter note, the young Brazilian will be happy to hear his goal against Bolivia meant he surpassed Zico and is now the fourth player with most goals in Brazil’s national team’s history (49).

Sitting ahead of Neymar in the goals tally is Pele, Ronaldo, and Romario.