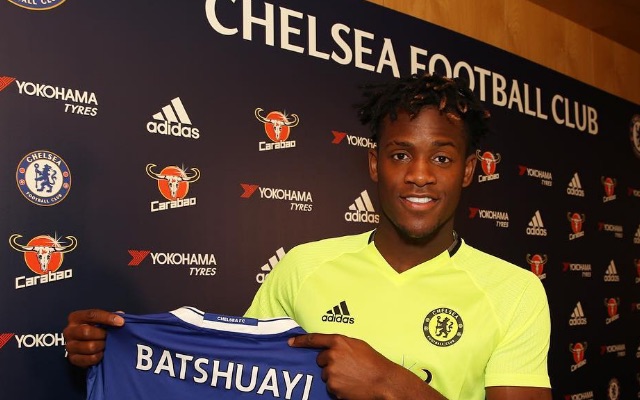 AC Milan are reportedly keen to take Chelsea striker Michy Batshuayi on loan in January with the Belgian ace struggling for minutes.

Batshuayi arrived at Stamford Bridge from Marseille this summer, but has managed just seven appearances in all competitions and just 52 minutes of playing time in the Premier League.

Despite that, he’s still managed to impress with three goals and an assist, but with Diego Costa leading the Premier League goalscoring charts, it remains difficult for the 23-year-old to break into the team on a regular basis.

According to Mediaset Premium, Milan have already approached Chelsea with the idea of taking Batshuayi on loan for the second half of the campaign, which in turn will give him a chance to continue to develop his all-round game with regular playing time.

It’s unclear at this stage as to whether or not the proposal will be considered by Chelsea, but it’s difficult to see it happening given that they’ve only just signed Batshuayi and have a lack of depth in that department of the squad.

Should Costa pick up an injury, Antonio Conte would undoubtedly be short of options up front, and so to allow Batshuayi to leave, albeit on a six-month loan deal, would still seem a little too risky.

Nevertheless, Milan look set to try their luck to bolster their own attack, with a heavy reliance on Carlos Bacca so far this season as the Colombian international has scored six of the team’s 12 goals thus far.