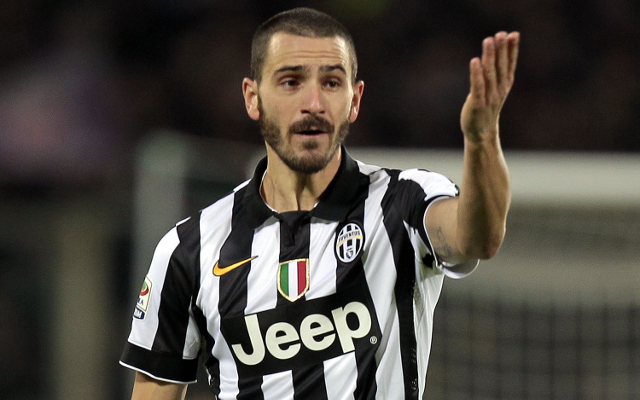 Juventus have reportedly informed Chelsea what it will take for them to sell Leonardo Bonucci, with a £50m fee plus Cesc Fabregas required.

The Italian defender has established himself as one of the best in his position in Europe having performed at the highest level for a number of years with the Bianconeri which in turn has led to a trophy-laden spell in Turin.

In turn, The Sun claim that Antonio Conte is desperate to take him to Stamford Bridge to shore up his leaky defence, but will have to convince Chelsea to part with a world-record fee for a defender as well as including Fabregas in a swap deal.

It’s claimed that Juve boss Massimiliano Allegri sees the Spaniard as a perfect fit for his midfield, and isn’t concerned about the fact that he’s 29 as he believes he still has a number of years left at the top and could well find that his game is better suited to Serie A.

In contrast, there is also the argument that at 29 the fee for Bonucci is questionable, but he continues to show his class for club and country with commanding performances at the heart of the defence for both.

Conte knows better than most about his qualities having worked with him during spells in charge with Juve and Italy and will undoubtedly be keen for a reunion if possible.

A deal isn’t expected to be agreed until next summer, as noted by The Sun, so Chelsea will still have to make the best of their current options for the time being, while it’s also added in the report that Gary Cahill could be the man to face the chop after failing to convince Conte so far this season.

The England international has made two costly errors already this year which have directly led to goals for the opposition, but in his defence, the entire Chelsea backline has been poor at times and that has contributed to the fact that they sit in seventh place in the Premier League table with nine goals conceded in seven games.

Bonucci would undoubtedly be a welcome addition to the Chelsea squad given his experience, defensive qualities coupled with his leadership and organisational skills, but ultimately it remains to be seen whether or not Juve are persuaded to sell such an influential figure in their recent success.