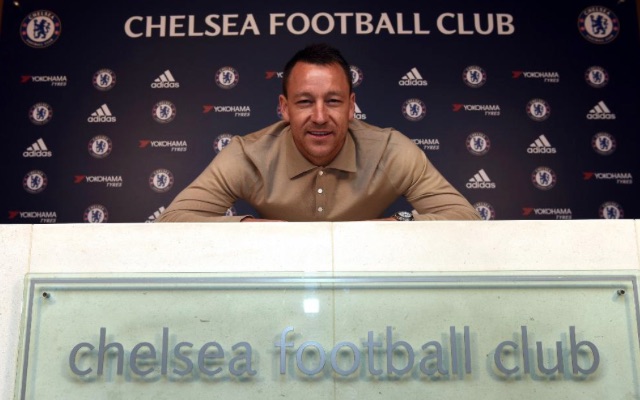 Chelsea captain John Terry appears to be in a relaxed mood over the international break.

Terry has been recovering from an ankle injury he suffered during Chelsea’s 2-2 draw with Swansea City last month.

The former England international shared a photo of himself watching his son play football, along with the caption, “Watching the kids football this morning.”

Watching the kids football this morning with @toniterry26 ??