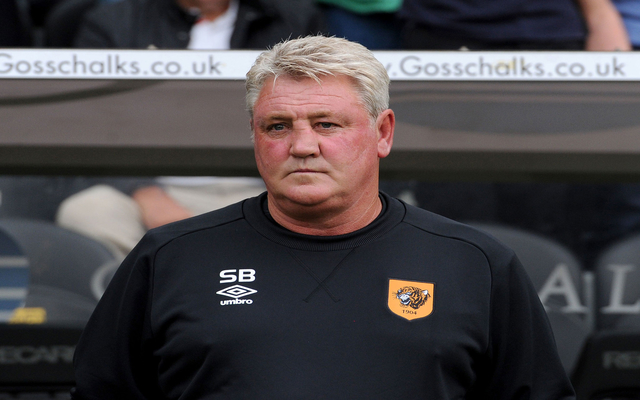 Steve Bruce is reportedly the leading candidate to be appointed the new Aston Villa manager as the club search for a successor to Roberto Di Matteo.

The Italian coach was sacked after just 11 games, with Villa struggling in 19th place in the standings having won just one game so far this season.

Meanwhile, Bruce resigned from his post at Hull City prior to the campaign getting underway, and now according to Sky Sports he is the favourite for the Villa job with current interim boss Steve Clarke also in contention.

Clarke was appointed as Di Matteo’s assistant this past summer and so would be a convenient appointment given he’s already familiar with the current squad.

However, with his track record in the Championship, Bruce is arguably the better candidate for the job having won promotion to the Premier League on four separate occasions.

It’s added in the report that Villa are looking to make the appointment before their next outing which sees them take on Wolverhampton Wanderers on October 15, and so it should quickly become apparent as to which direction the club is heading.

Bruce will split opinion amongst the Villa faithful given his history with bitter rivals Birmingham City, but ultimately owner Tony Xia and his advisors will have to make the best decision for the club currently and pick the man that they believe has the credentials to guide them back up to the top tier of English football at the first time of asking.

Villa are currently 13 points adrift of an automatic promotion spot, and so they will have to put together a run sooner rather than later whoever the manager is to ensure that they’re in contention come May.