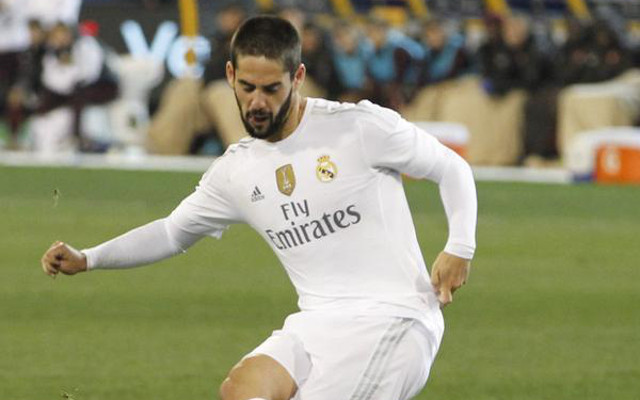 Tottenham are reportedly ‘crazy for Isco’ as it’s claimed in Spain that the Premier League outfit are very keen to snap up the Real Madrid playmaker.

The 24-year-old has continued to struggle to secure regular playing time under Zinedine Zidane this season, having been limited to just five appearances in all competitions with just 192 minutes of action under his belt.

In turn, it’s no real surprise that the situation could force him to consider his options in a bid to become an important part of a team elsewhere, with competition for places at Real in midfield and attack seeing him pushed down the pecking order.

According to Marca, Spurs are ready to offer an escape route and are described as being “crazy for Isco” in the report, but they could encounter a significant problem.

It’s added that Tottenham chief Daniel Levy’s relationship with the La Liga giants could be an issue in negotiations, after his stubbornness in talks over the transfers of Luka Modric and Gareth Bale annoyed his Spanish counterparts.

As a result, it remains to be seen whether or not a deal can be reached while it’s unclear at this stage as to whether or not Isco would welcome a move to the Premier League.

What is clear from the report though is that Mauricio Pochettino is very keen to take advantage of the Spaniard’s current situation at the Bernabeu, with the report adding that he wants to make a leap in quality with his squad and believes that Isco can provide that.

Spurs are looking to compete on various fronts this season with the Champions League and Premier League high on their agenda, and adding a player of Isco’s quality would undoubtedly help them achieve their objectives and add further excitement around the squad that Pochettino has built at White Hart Lane.