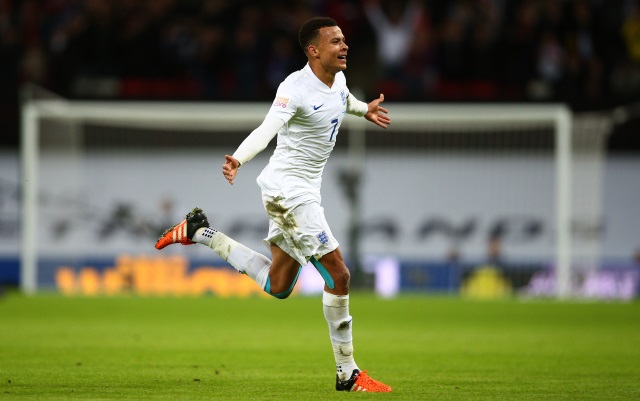 Tottenham midfielder Dele Alli got himself on the scoresheet in England’s 2-0 win over Malta at Wembley on Saturday night in their World Cup qualifier.

Daniel Sturridge had given the hosts the lead, before Alli added a second after needing two bites at the cherry to find a way past goalkeeper Andrew Hogg.

Hogg was in fact in inspired form as he produced several top saves to keep the scoreline respectable, but he could only parry Alli’s initial effort back into his path as the Spurs star helped the ball on its way into the back of the net with the help of the defender’s touch.

England continued to push forward in search of more goals thereafter but were unable to add to their tally, but Gareth Southgate will be pleased to have gotten all three points on the board in his first game in charge of the senior squad.

It was Alli’s second goal for England in 14 caps, and he will hope to add to that against Slovenia next week with England looking for three wins in three to start qualifying.