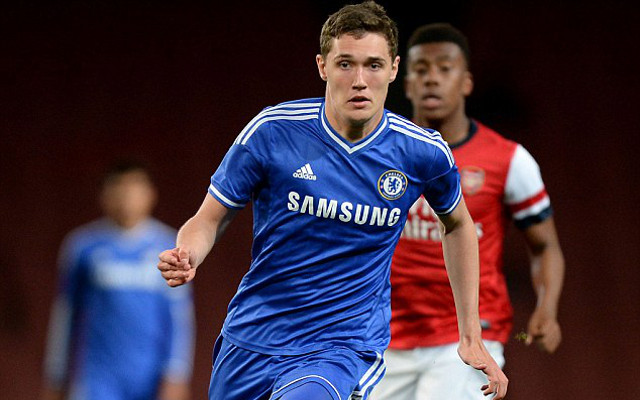 Chelsea defender Andreas Christensen has reportedly emerged as a shock £20m transfer target for Barcelona as the Catalan giants push to sign him.

The 20-year-old has made just three appearances in all competitions for Chelsea, but has impressed during his lengthy loan spell with Borussia Monchengladbach.

In turn, according to The Sun, it appears as though it has been enough to attract interest from Barca, who are now seemingly lining up a big-money move to prise him away from Stamford Bridge.

The Dane impressed against the La Liga outfit in the Champions League last month to further solidify his case to interest them, and is now being linked with a move to Spain in either the January transfer window or more likely at the end of the season, as per The Sun.

It’s claimed in the report that Christensen is seen as an ideal partner and long-term replacement for Gerard Pique, as Barca have seen an ability in his game to build from the back and also maintain an excellent level of defensive performance.

It could now provide Chelsea with a problematic situation, as ultimately Antonio Conte will want to keep the promising youngster and see him flourish in west London in the years ahead.

However, it’s suggested by The Sun that he won’t be in a position to offer him first-team football immediately after his return in the summer, and that could lead the youngster to consider his options and potentially agree to a move to Barca if their interest is genuine.

Chelsea have struggled defensively so far this season having conceded nine goals in seven games, the second worst defensive record in the top 10 in the Premier League, and with the likes of John Terry, Branislav Ivanovic and Gary Cahill not getting any younger, it would seem logical to keep Christensen and hand him an important role moving forward.