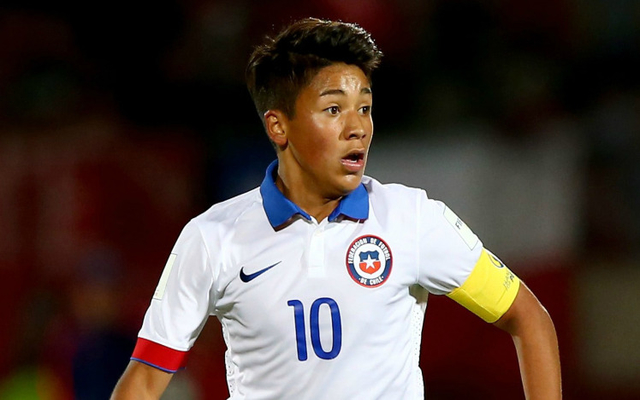 Arsenal have reportedly continued to monitor ex-traillist Marcelo Allende, with the Chilean starlet also said to have sought advice from Alexis Sanchez.

The 17-year-old began his professional career at Sports Santa Cruz, the same club as his compatriot, before spending two weeks with the Premier League giants prior to joining Chilean outfit Cobreloa.

However, according to The Sun, he impressed Arsene Wenger during his time with the north London outfit, and the Frenchman has maintained his interest in the youngster’s progress.

Further, the report claims that Allende asked for advice from Sanchez while he was training with the Gunners on how to make the most of the opportunity and earn a chance to play in England.

Time will tell as to whether or not Allende does enough to warrant a move back to Arsenal on a more permanent basis, but the Chilean starlet will undoubtedly harbour ambitions of playing for one of the world’s biggest clubs having managed to get his foot in the door with his trail spell.

Sanchez will unsurprisingly be a source of inspiration for him, with the 27-year-old having now scored 47 goals in 100 appearances for the Gunners since his move to London from Barcelona in 2014.