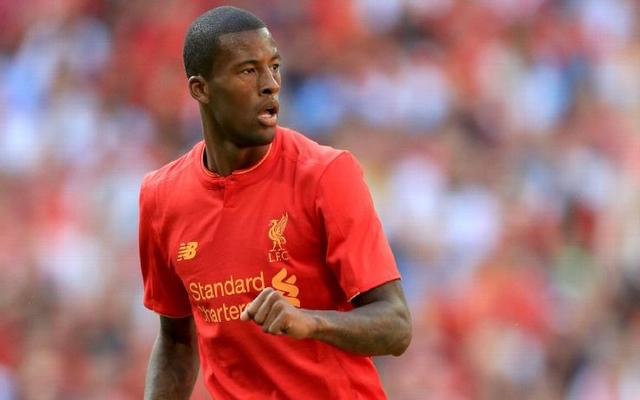 Liverpool midfielder Georginio Wijnaldum could be a doubt to face Manchester United next week after limping off injured in the Netherlands’ defeat to France.

The Dutch fell to a 1-0 defeat to their Group A rivals in a World Cup qualifier in Amsterdam on Monday night, and will undoubtedly be disappointed to lose the game.

However, as confirmed on the club’s official website, the night was made even worse for Wijnaldum after he had to be replaced in the second half after picking up an issue.

The 25-year-old appeared to have suffered a hamstring strain, and will now likely return to Merseyside to undergo further tests on the injury to determine the extent of the problem.

Given the nature of the injury, it puts Wijnaldum’s participation in the United game next Monday night in real doubt with exactly a week to go until the old foes lock horns at Anfield.

The former Newcastle United star has made eight appearances for the Reds in all competitions so far this season, and his setback will come as a huge disappointment for him as he continues impress in Jurgen Klopp’s side.

The German tactician could be forced into a reshuffle in midfield with Adam Lallana picking up a groin injury in the game against Swansea City prior to the international break.

In turn, it could give Emre Can a chance to impress in midfield, although Wijnaldum’s fitness will be the first concern before any decision is made.