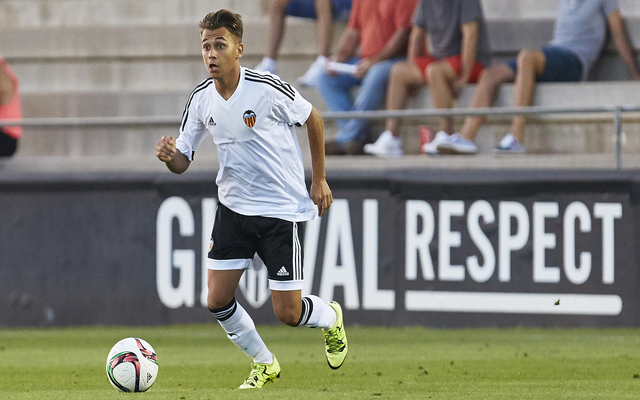 The 18-year-old is highly-rated by the Red Devils who are monitoring him according to El Desmarque, although it is also claimed that the youngster is keen to remain at Valencia provided that he gets more opportunities to play.

Having been given his chance to impress by Neville last December, Villalba hasn’t been able to build on that and establish himself in the senior side.

The central midfielder has shown his quality having featured for Spain at various youth levels, and a move to United could be welcomed given that there may well be more chances to breakthrough into the first team at Old Trafford.

Time will tell as to whether or not United are able to convince him that the best decision for his career is to make the move to England, although it would be a surprise if Neville hasn’t made them aware of his talent having been able to judge him from close quarters during his brief spell at the Mestalla last season.

As shown with the likes of Marcus Rashford and Jesse Lingard to name but a few in the current squad who are playing leading roles under Jose Mourinho, it may reflect well on the club when Villalba considers his options and a possible switch to Manchester.

United have never shied away from giving talented young players an opportunity, and if the player is deemed to be good enough, the Premier League giants could ramp up their interest next year.