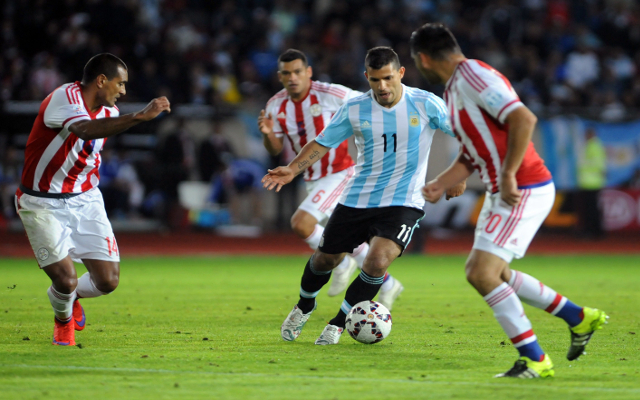 Manchester City could reportedly be sweating on the fitness of influential forward Sergio Aguero after he picked up an injury on international duty.

The 28-year-old was replaced late on in Argentina’s encounter with Peru due to a calf injury, and in turn it has put his availability for their clash with Paraguay this week in significant doubt.

Further, it’s been claimed by reports in Argentina, as seen in the below tweet, that he has in fact left their training camp with the problem, although there is no indication at this stage as to how long he will be sidelined for.

While it’s likely that he’ll now miss the Paraguay game, it puts his participation against Everton for City in the Premier League this coming weekend in doubt too.

Further, although it doesn’t appear to be a concern as of yet, Pep Guardiola will be desperate for a clearer picture of the extent of the injury in order to ascertain whether or not Aguero could be a doubt to face Barcelona in the Champions League on October 19.

The Spanish tactician will be desperate to have his full squad available for his return to his former club, and the potential absence of Aguero in particular would be a major blow in what is the club’s biggest game of the season so far.