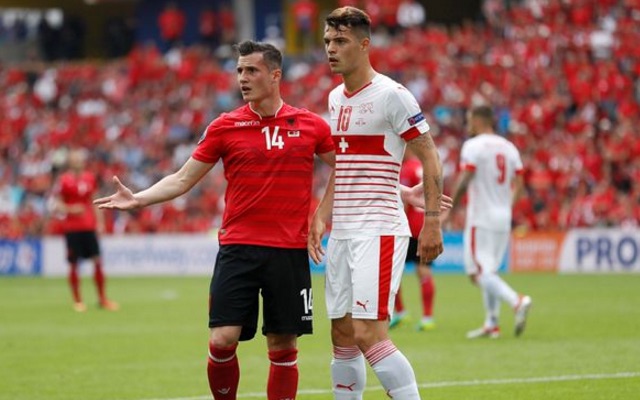 Arsenal sent a shout out to summer signing Granit Xhaka on the official club twitter account after captaining Switzerland for the first time.

Switzerland beat Andorra 2-1 to remain first in the World Cup 2018 qualification group Group B – three points ahead of second placed Portugal who beat the Faroe Islands 6-0 on the road.

Xhaka started in central midfield for the Swiss and played the full 90 minutes against the European minnows.

Our midfielder skippered Switzerland for the first time tonight, in their win over Andorra pic.twitter.com/eGFHclSptQ

Switzerland have won all three of their qualification games so far including a victory over Euro 2016 champions Portugal.