France secured a 1-0 win over the Netherlands in Amsterdam on Monday night, with L’Equipe praising two Premier League stars in particular for their displays.

The French newspaper is notoriously tough with their player ratings, as they aren’t shy to dish out low marks if a player hasn’t impressed them.

Layvin Kurzawa knows about that all too well after being handed a four out of 10 for his performance in Holland along with West Ham United star Dimitri Payet who failed to impress.

However, both Laurent Koscielny and Paul Pogba impressed and did enough to earn 8/10s for their respective displays, with the latter scoring the only goal of the game as he looks to put a slow start to the campaign behind him and showcase his full range of abilities.

Meanwhile, Koscielny has been in great form for Arsenal this season and continues to lead from the back, and having played a pivotal role in the French keeping a clean sheet, he certainly earned his praise. 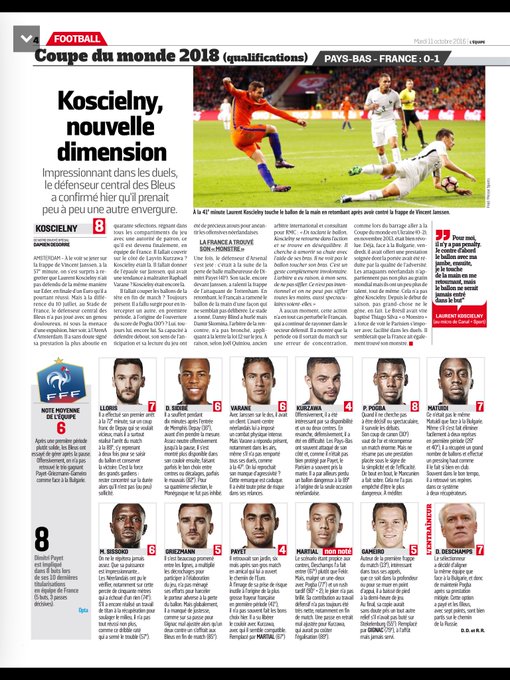