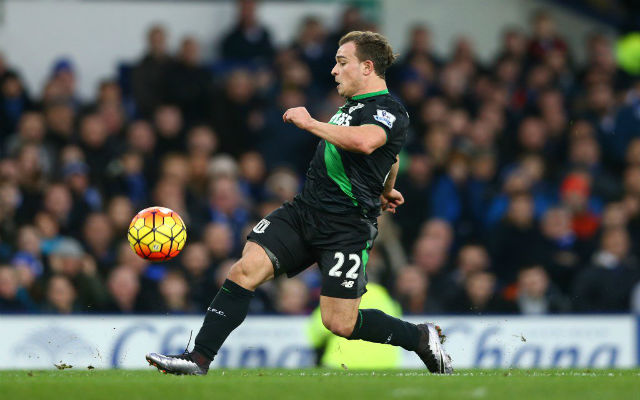 Football news site Goal.com today reported that Stoke midfielder Xherdan Shaqiri is being linked with a move to Italian giants Roma, with his agent and brother refusing to rule out a move to the Italian capital.

Shaqiri is one of many to players who Stoke have signed in recent years, as part of a project which now looks to be going down in flames. If Stoke are indeed relegated, Shaqiri is just one of several players likely to be flogged for cheap by the Potters in the summer. Arsenal manager Arsene Wenger should be keeping a close eye on the situation to see if Shaqiri does become available. He would have a great backup to Arsenal’s attacking stars, and even has the physique to be molded into a central midfielder in the way Santi Cazorla was.