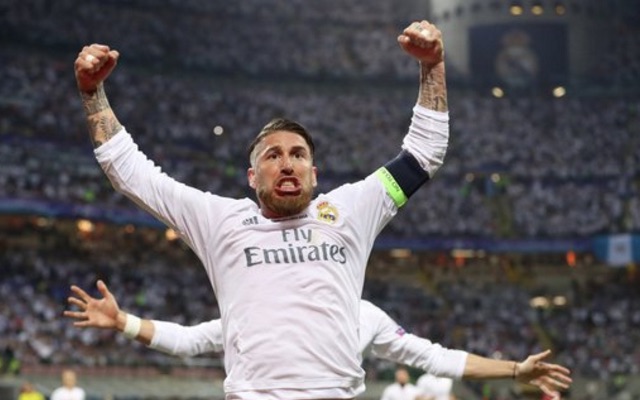 Real Madrid will be without Sergio Ramos for around six weeks, according to Spanish newspaper Marca.

The defender landed awkwardly jumping for a header in the 80th minute of Spain’s international game against Albania, which they went on to win 2-0.

A statement from the Spanish FA has confirmed that Ramos suffered a grade two tear.

The loss of Ramos will be a serious setback for Zinedine Zidane and Real Madrid as they look to get their title challlenge back on course after a series of poor results. Their most recent – a draw against minnows Eibar – came with Ramos rested from the first team. He will now miss vital games against Real Betis and Legia Warsaw too.

With Atletico Madrid in good form, Real can’t afford to let any points slip even at this early stage of the season. Real are already missing Casemiro and Luka Modric to injury, so the loss of Ramos will affect them particularly badly. Youngster Nacho is expected to cover for his captain in his absence.