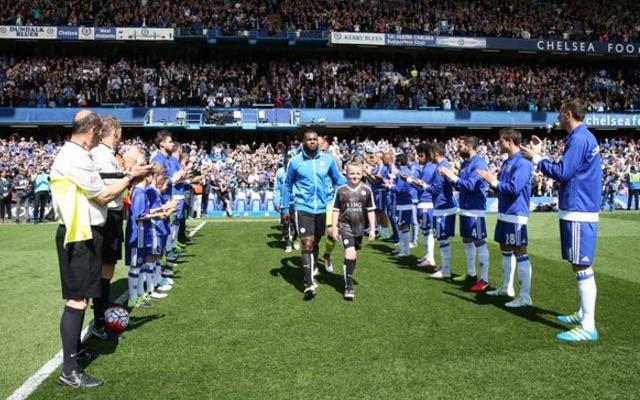 Leicester City took four points off Chelsea on their way to the Premier League title last season, but the Foxes go into Saturday’s game at Stamford Bridge as the underdogs.

The champions have not begun the defence of their crown at all convincingly and start the weekend 12th in the table, five points behind Chelsea.

Although this is the first Chelsea v Leicester City league match this season, the two sides have already met in the EFL Cup, where Antonio Conte’s side secured a 4-2 victory after extra time in round three.

If that game is anything to go by, Saturday’s clash is set to be a cracker. And you can watch it online by clicking the link below.

The Sky Sports Day Pass – available for just £6.29 – lasts for 24 hours from the time you purchase it, meaning if you sign up just before kick-off on Saturday you will also be able to watch Aston Villa v Wolves, Atletico Madrid v Granada, Real Betis v Real Madrid and a whole load of other exciting sport.

Brazilian playmaker Willian will not feature at the King Power Stadium, having been granted compassionate leave following the death of his mother.

Victor Moses may turn out for the Blues, although he is rated as doubtful because of a muscle problem.

Meanwhile, Leicester are sweating on the fitness of Danny Drinkwater, who missed England’s last two games with a minor groin strain.

Drinkwater could play, but Nampalys Mendy definitely will not, as an ankle complaint keeps him out.