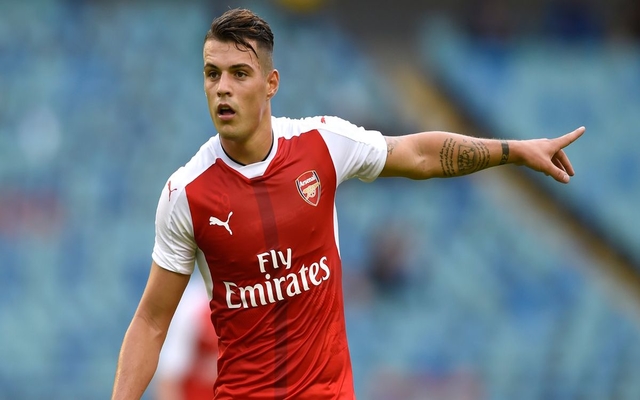 Arsenal midfielder Granit Xhaka was sent off in his side’s 3-2 win over Swansea City on Saturday, but it didn’t prevent him from celebrating the victory.

The Swiss international received his marching orders after a cynical lunge on Modou Barrow in the second half, with referee Jon Moss opting to give him a straight red.

Some will argue that ultimately it was a bit harsh on the 24-year-old as many similar fouls see the official brandish a yellow card, but Moss believed it was dangerous enough to warrant a red.

Fortunately for Xhaka, it didn’t cost his side as they held on for all three points, and he was able to celebrate the victory on Instagram after.

“Three very important points today and I’m proud of my team and thank the fans for their massive support,” he wrote.

Perhaps still disappointed and upset with the decision, Xhaka opted not to address it in his post and decided to focus on the result instead. It remains to be seen how long the Swiss ace is now ruled out for, with a straight dismissal usually resulting in a three-match suspension which would be a blow for Arsene Wenger.

?Three very important points today and I’m proud of my team and thank the fans for their massive support. ?@underarmour ?#GX29#SlayTheNextGiant #UnderArmour