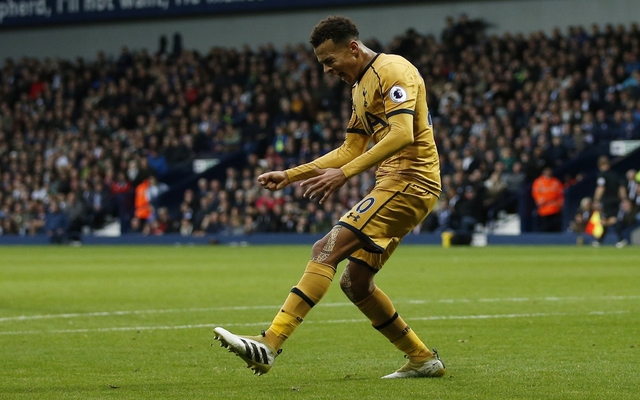 Dele Alli struck late on as Tottenham secured a 1-1 draw against West Bromwich Albion at the Hawthorns on Saturday afternoon.

Former Spurs star Nacer Chadli lashed home the opening goal of the game in the 82nd minute, and he could have been forgiven for believing that he had handed his side all three points.

However, Alli had other ideas as he kept his composure to poke home from close range, as seen below, to ensure that Tottenham return home with a share of the spoils.

Ben Foster produced some excellent saves during the course of the game as Spurs dominated possession, but ultimately it wasn’t enough to secure all three points as Mauricio Pochettino saw Arsenal leapfrog them in the table as they sit a point adrift of joint-leaders Manchester City and the Gunners.

Nevertheless, on a positive note, the late Alli goal did preserve their unbeaten start to the Premier League campaign, as they have five wins and three draws from their eight games so far this season.

As for the England international, that was his third goal of the season as he looks to continue to play an integral role in Spurs’ success this year.