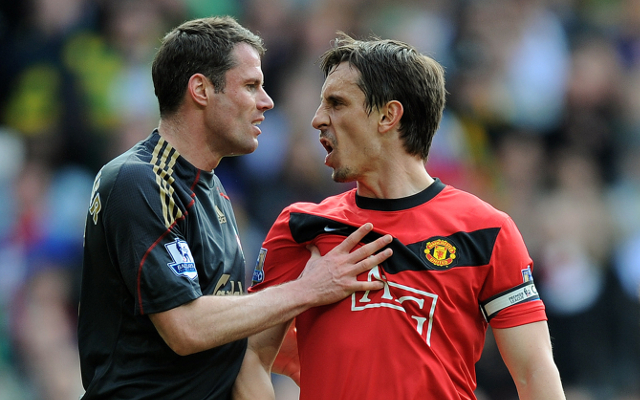 Manchester United legend Gary Neville has insisted that the Red Devils will be contending for the Premier League title if they can record a win over their rivals Liverpool, according to SkySports.

Liverpool host United at Anfield on Monday night in an early season crunch game. The Reds come into the clash in terrific form following four wins in a row and managing to remain unbeaten in their last eight.

Meanwhile, Manchester United sit six points off top spot after being held to a frustrating 1-1 draw by Stoke City in the previous round of games. United find themselves in seventh place with 13 points after seven games.

“It’s a big moment in the season for United,” Neville told SkySports (via Sun).

“It feels like a bigger game for United than it does for Liverpool, which sounds like a cliche.

“But after a few difficult results like the derby against Manchester City, Watford away and Stoke at home, if you don’t get a result at Anfield then you start looking at that top four again.”

Liverpool boss Jurgen Klopp has so far had the one up on his opponent Jose Mourinho in the five times they have faced each other. The German tactician has won three, drawn one and lost one game against Mourinho.