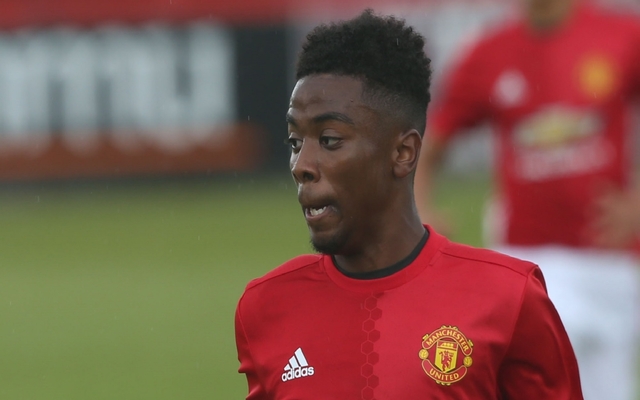 The 16-year-old is currently contracted to the Premier League giants until 2018, and his performances for club and England’s youth sides have certainly shown why he is so highly rated by United.

However, according to The Daily Mail, the creative attacking ace is attracting attention from Barcelona, who could swoop as they continue to closely monitor his progress and look to add another talented young player to their already burgeoning collection at La Masia.

There is also a sub-plot to the situation too in that Gomes’ father Gil played for the Portugal Under-21s alongside the likes of Luis Figo and Rui Costa who enjoyed successful careers elsewhere in Europe, and so it remains to be seen whether or not the appeal of playing in Spain is strong enough to prise him away from United.

Having been signed by the Red Devils at the age of 13, Gomes has played at higher age groups throughout his time with the club, and had a memorable week earlier this season. After scoring a hat-trick for the United Under-18s side, he went on to captain England Under-17s, all while just turning 16.

It’s added by The Mail that academy boss Nicky Butt has really high hopes for the teenager, and he will undoubtedly be letting those above him know just how special he could be and advising them to fend off interest from the Catalan giants.

Given that United have played such an important role in his development thus far, it would be a major blow for them to lose him at this stage and see him flourish elsewhere.