According to a study by Marketing PR, as noted by The Sun, the Red Devils lead the way with some staggering figures, particularly when comparing them to some of their rivals.

Manchester City were said to have sold 342,000-a-year on average over the same period, showing the gulf that still exists around the world when it comes to popularity and fanbase between the two city rivals.

Nevertheless, that could change in the coming years given Pep Guardiola’s presence at the Etihad, as he looks to transform them into the dominant force in European football during his tenure.

Meanwhile, Real Madrid came closest to United as they sold just 100,000 less, while Barcelona rounded off the top three having sold 1.278m on average per year as the La Liga pair continue to lead the way domestically by a huge distance to their next biggest rivals.

In terms of other Premier League representatives, Chelsea came in fifth, Liverpool followed them in sixth and Arsenal were down in seventh in somewhat surprising figures as many would have expected them to be higher given the respective fanbases of the clubs.

It’s no surprise to see the usual contenders from France and Italy though, with Paris Saint-Germain, Juventus, AC Milan and Inter also make the top 20 in the study, as shown in the table below. 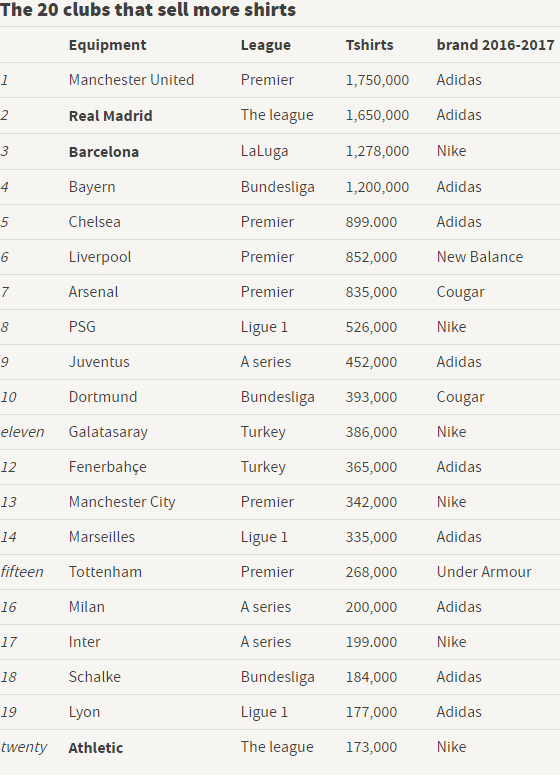