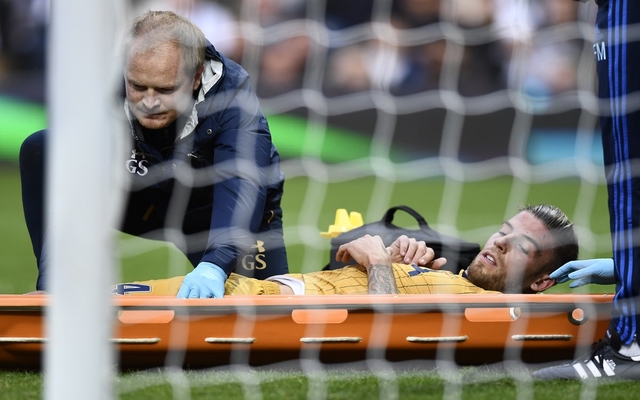 Tottenham are said to be optimistic that defender Toby Alderweireld has avoided suffering a serious injury to his knee in the draw at West Brom.

The Belgian international was stretchered off in the second half after a collision with teammate Jan Vertonghen, and there were immediate fears that it could be serious.

However, as noted by the Evening Standard, Spurs believe that he has avoided ligament damage although further scans on his knee on Monday will ultimately deliver the decisive results.

As expected, the 27-year-old hasn’t travelled with the squad to Germany as they prepare for their Champions League encounter with Bayer Leverkusen.

In turn, it will be hoped by Mauricio Pochettino and his men that they’ll have their commanding centre-half back sooner rather than later to continue to help with their push for silverware this season.

Alderweireld is understood to be a doubt to face Bournemouth and Liverpool in the Premier League and EFL Cup respectively over the next week or so, while the home game against Leicester City on October 29 may also come too soon for him.

Nevertheless, if it is indeed confirmed that he hasn’t suffered ligament damage, then Spurs will breath a big sigh of relief as it would have certainly kept him sidelined for a lot longer.

It remains to be seen if that is the case though, as while the early suggestions are positive, the results of the scan will reveal the extent of the problem and in turn allow Tottenham to put a timeline on his recovery.

In his absence, it’s likely that Eric Dier will step in and deputise alongside Vertonghen, but given the partnership that the two Belgians have developed in the heart of the Spurs defence, with Alderweireld not missing a single Premier League game since his arrival last summer, it will be a blow to not have them in place in the coming weeks.